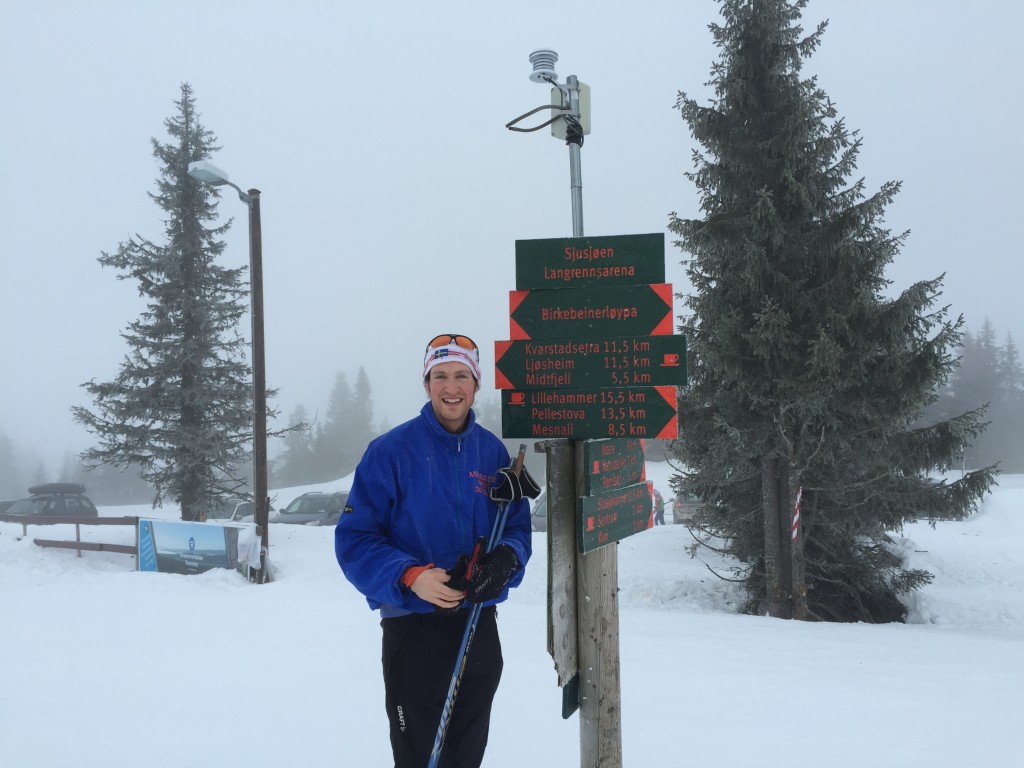 That’s Norwegian for “Birkie Trail.” And today, on a rest day from Ski Orienteering World Championships, we drove up the road past the Lillehammer Olympic Stadium and, that’s right, skied on the real, actual Birkie Trail. Let me tell you this: if you haven’t gone skiing in Norway put that on your list. Even in the fog today, the trails were freshly prepared, fast and beautiful. And apparently there are views when you can see more than 50 feet in any direction. Two more races, then back to Snowtown a.k.a. Boston, Mass.

Also, if anyone wants, Triacs here are $320 (well, the equivalent in Kroner). None long enough for me, but if you’re skiing less than 170 cm, let me know. Taxes included.

Weather speculation: Cold. Dry and cold until the Birkie. Nothing on the horizon anywhere near freezing, so it should be skiing on what’s there, which is plenty. In the past people have said “oh, cold and dry, it will be rock solid.” Those people forget that there is a veritable Armada of Pisten Bullys preparing the trail. Expect it to be firm but pliable. And expec tthe race to go off as planned.

Of course, we could have 18″ of snow the night before. But the way this season is going so far, I’d expect that in Boston.