The centerpiece of the Super Bowl experience in Minneapolis is the Birkie Bridge. But how did the bridge make it from Hayward to Minneapolis for a football game? We talked to City of Lakes Loppet director John Munger to find out. Find the podcast here, and get out and ski Nicollet if you’re in town! 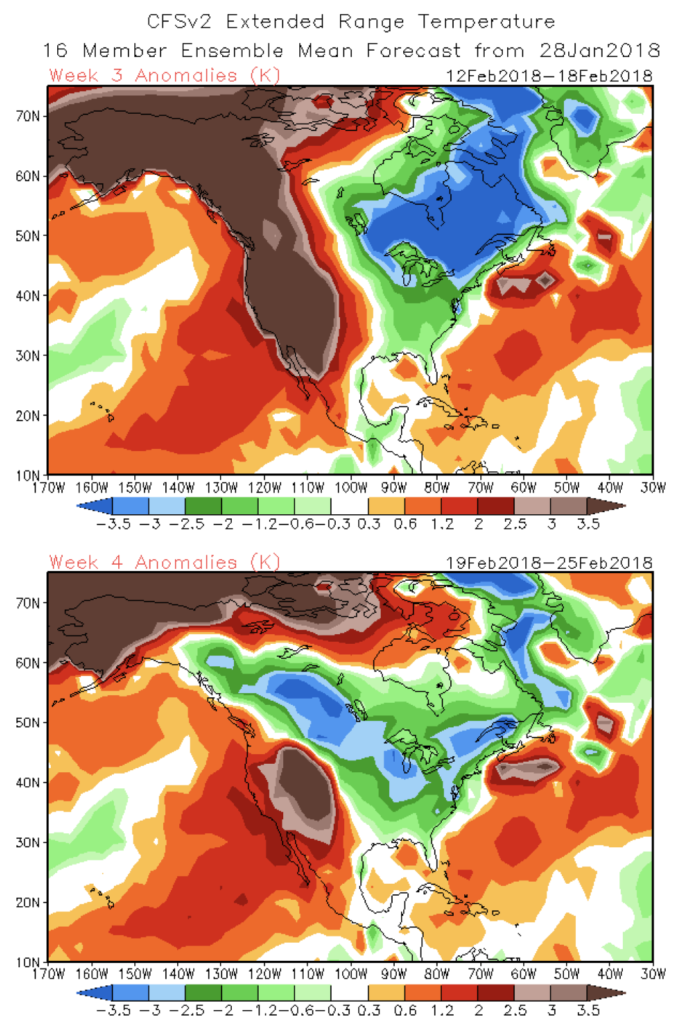 It’s been a rollercoaster year so far in Birkie-land. Snow and cold, then some warmth, and the just missing out on a jackpot of a storm (12″ of dense snow down in the Cities, but only 3″ on the Birkie Trail, although at least it puts some fresh snow down on the Birkie Bridge at the Superbowl, and provide for a pretty good Loppet course, too).

We’re more than a month out from the race, and things look, well, okay. The big issue is that the last few days have shown a big warm-up on the model (the US model, anyway) for the week before the Birkie, after a cold snap to start off February. We saw this last year, although the model didn’t really catch on to reality until the end of the month, and we’re far enough out that there’s very little skill to the model (i.e. there’s a lot of variability in the actual result) and we’re looking at big picture trends. Plus, there’s a big difference between 34˚ and 54˚, but both are above normal.

Heck, a lot of this comes down to things like the MJO, which is a climatic phenomenon in the Indian Ocean which affects weather in North America (yes, really). But forecasting using the MJO, and even the ENSO (El Niño / La Niña) months out doesn’t give you exact conditions for the Birkie, but some long range trends. So we’ll keep an eye on conditions, but there’s really no telling right now how it will affect the race itself.