Last year, we saw that more men ski the Birkie than women. Still the case. Here is the breakdown by gender and age:

Some male/female comparisons by wave:

As expected, there are few women in the first wave, where women comprise less than 5% of the skiers—as most women who qualify in to the first wave can make it in to the Elite Wave; it’s a boys club. However, women quickly comprise more of the waves, so that by the later waves women make up more than a quarter. And, yes, in the classic race, there was the same number of men and women.

Ah, but in the Korteloppet, women, especially in the skate race, quickly rise from 20% of the skiers to more than 50% by wave 4.

And here’s the breakdown for every wave of every race on one fun chart. 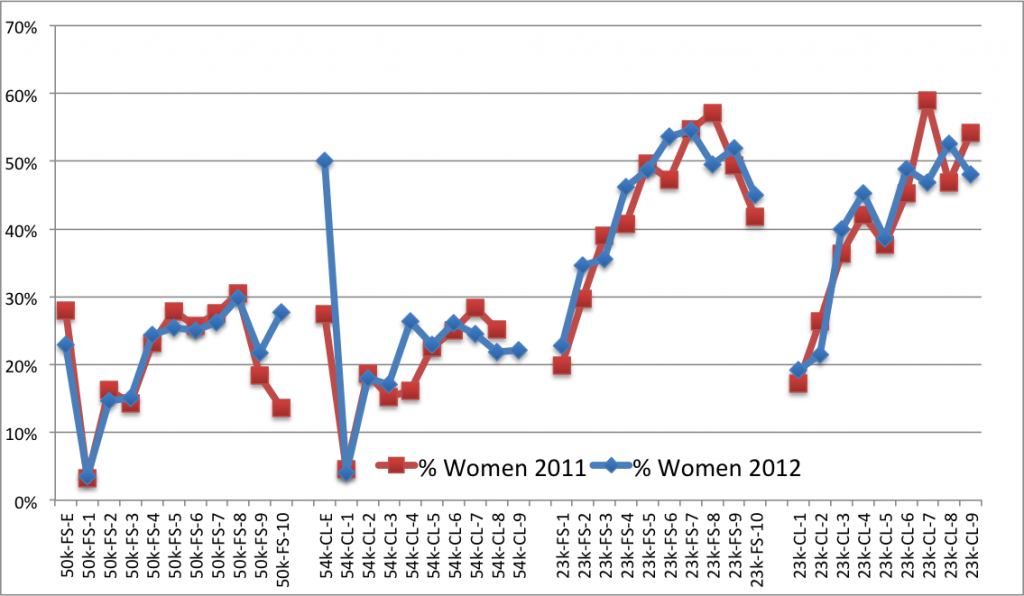