I’ve been asked more than once what the weather is like for the Birkie. It’s a silly question in some ways—temperatures have ranged from 10 below to 50 above on race day—but a good one in others. So to answer the question of what weather is on race day, here is some fun data. (What, you were expecting something else?)

Do note, we covered some broader-scale weather information on the 2012 statistics page. And we track weather up to race day on the homepage quite frequently.

Here are the data, in fun chart form: 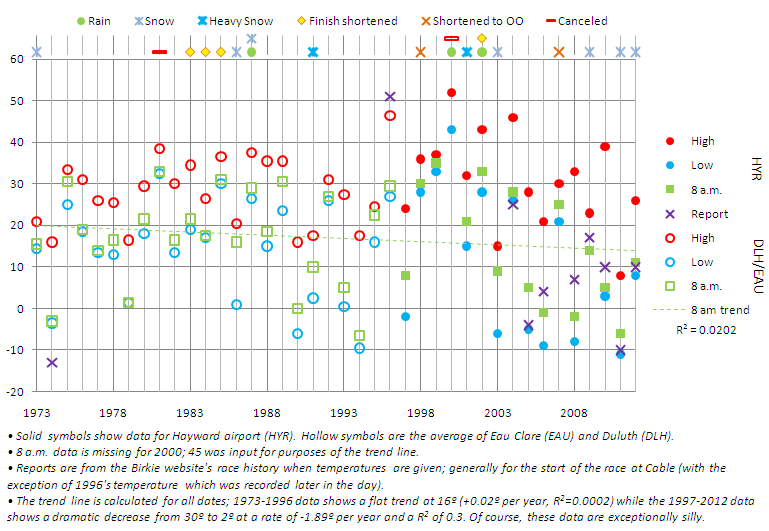 N.B.: There is not data for the Hayward airport prior to 1997, so we averaged the temperature in Eau Clare (EAU) and Duluth (DLH) to get an approximation. Checking those against Hayward temperatures in recent years it seems to be a good approximation.

So dress warm, and pack options. It could be balmy for the race, but it could also be downright frigid.
These data came mainly from Wunderground.com’s historic weather pages. You can access Hayward’s page here, and navigate to different sites and dates.