When I say to people “hey, look, I have all these data, what do you want to know” invariable people come up with two things:

Well, then. While we can’t go in to our data and figure out exactly how many times you went back and forth with that pesky bib 1229 (or 173, or 4338), we can take the data from each split and build a profile of each skier’s place during the race, and then add up all the passes. Is it perfect data? Certainly not. But it gives a very good idea of how many people a speedy ninth waver passes as they double pole up hills to finish in three hours.
A couple of notes:
This first chart compares the number of skiers passed with the number of skiers each skier was passed by. Since it is a logarithmic chart, it does not show skiers who passed or were passed by zero skiers. There is a lot of spread, but most skiers passed or were passed by somewhere in the range of 100 skiers, and very few passed or were passed by more than 500. Still, there is dramatic variability and its noteworthy that there are some racers who both passed and were passed by several hundred skiers. 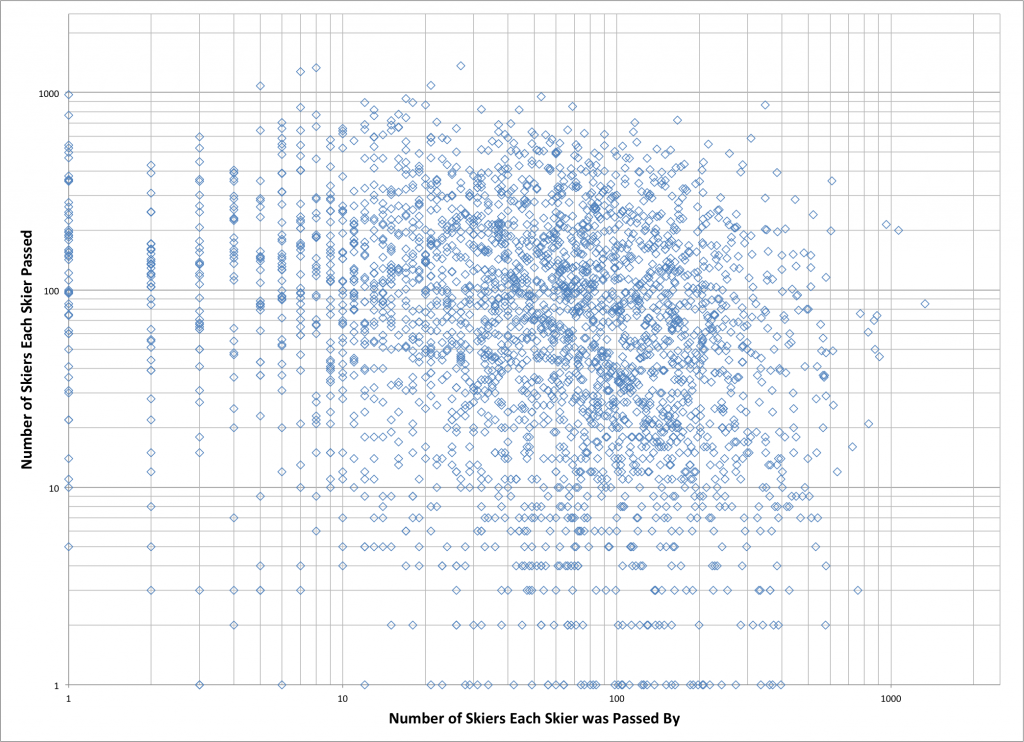 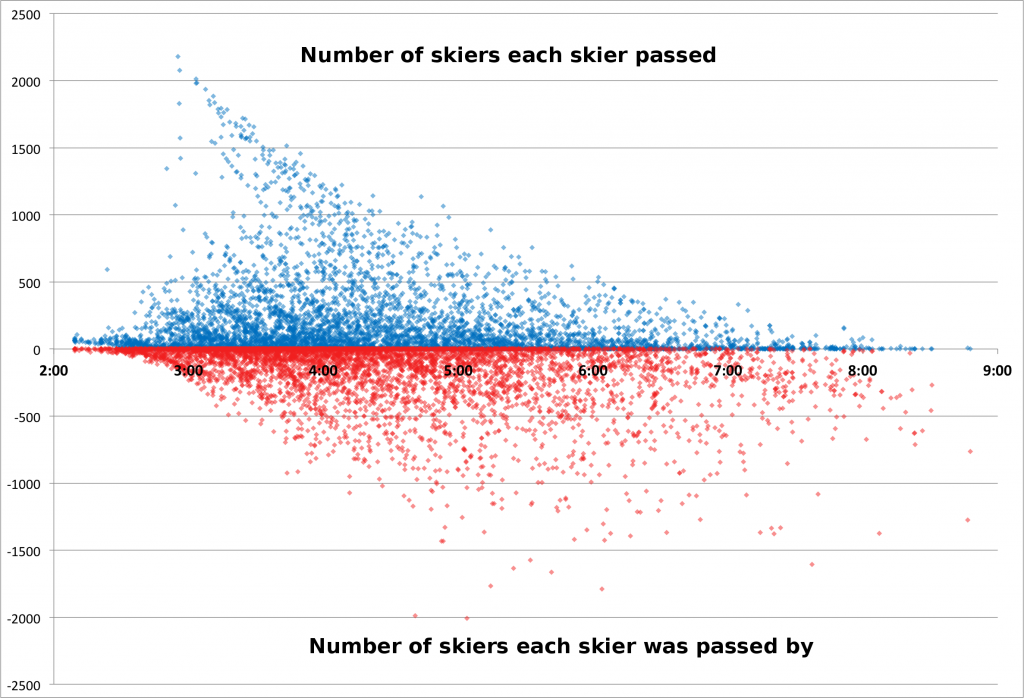 There are a few patterns to note. One is the diagonal striations of density which show first few waves, and then the long “tail” reaching up towards 2000 passes which is the 9th wave—which had a lot of people to pass. Note how the front of the pack—the Elite Wave—all had at least a few passes; this is by virtue of their speed meaning they passed a number of women in the Elite Wave. Nowhere else do we see this kind of gap.
Finally, we can plot these times out by start time and show each wave. The skiers who pass the most are mostly in the 9th wave, although there are significant concentrations starting in wave 4 (and more in waves 6 and 8 than 7). Then there’s the most passees, which are mostly in waves 3 through 5. 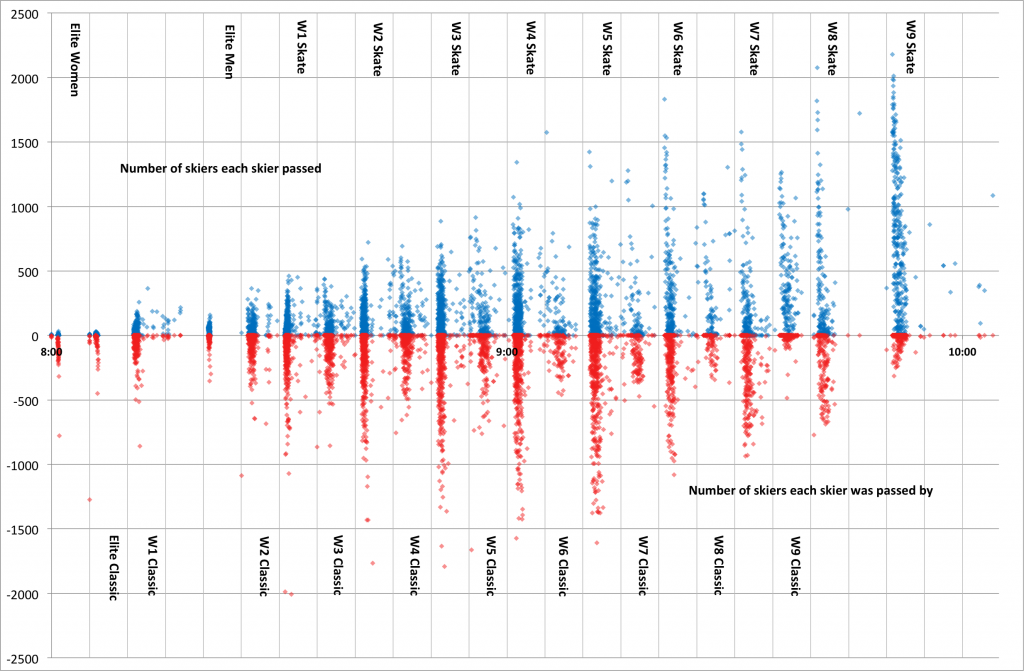