It’s on, guys. It’s definitely on.

It snowed about half a foot last night in Hayward, so grab your soft skis and fluoros. It’s a winter wonderland out there on the Birkie Trail, with snow coating the trees from Cable to Hayward. A far cry from last year. The groomers haven’t slept, the parking lots are clear (but leave some extra time, especially if you’re coming up Highway 63) and the race is going to be great.

We (I) recorded a quick podcast this afternoon with some updates, it should be in the Podcast feed, or you can grab it here and put it in your Birkie playlist for the drive up.

This year, in addition to recording audio for a podcast myself, I’d like to see if we can crowdsource a podcast: Sounds of the Birkie. But I need your help! As you ski, or cheer, or volunteer, take out your phone and record a sound file. It can be a short interview, it can be a poem, it can be the sound of cowbells or drums or spectators or skiers. We’re looking for short clips: 15 seconds to 2 minutes (at most, although multiple files are fine). We’ll then stitch them together in to a sounds of the Birkie podcast, and everyone who contributes will get some sweet BirkieGuide.com swag (a lie, we have nothing).

Details: if you have an iPhone, it’s easy, just open the Voice Memo app and hit record (it’s usually hidden in utilities with the alarm clock and such). If you have an Android, you’ll probably have to download an app, preferably one which can save files as .mp3s. Once you have them, save them and send them to info@birkieguide.com. And thanks!

(Thursday weather speculation: 3-6″ of snow tonight, perhaps on the high end, so a soft Korteloppet, but warm/dense enough snow it should pack well, still I’d expect a pretty soft Birkie. A pretty perfect Birkie. Snow starts Saturday after the race; there may be more than a foot of new snow by Sunday morning. Perfection!)

Friday night: lows near 10, so the snow may have a chance to set up. The Birkie will still probably be pretty soft. Get those fluoros out.

Birkie: teens rising in to the 20s. Winds light becoming east/southeast (tailwind on the Lake!). Snow beginning some time in the afternoon becoming heavy in the evening.

Yesterday, we posted that the Birkie may relive its 2009-2010-era glory, with a sunny, springlike (well, 35˚ often seems like spring in Northern Wisconsin) finish.

Today, the models have changed. But not really for the worse. Nearly every model, in addition to advertising 2-5 inches of snow on Friday morning (mostly ending for the Korteloppet, but certainly keeping the grooming crew busy), has been showing a storm on Saturday, too. The timing is mostly post-race, at least for faster skiers, although those in later waves may encourage some flakes during their ski. Winds may be out of the east, a potential tailwind across Lake Hayward (I’m not sure this has ever happened, but don’t worry, it will still feel like a headwind) and by some counts, half a foot of snow, or more, on Saturday afternoon and evening. It’s hard to say exactly where and how much snow will fall, but it’s looking to cloud up in the morning and start snowing by afternoon if it does.

This may make the drive home after the race difficult, although the storm is advertised to move out by Sunday morning, so, stay in Hayward! Cheer in the snow! Grab some food, grab some beer, stay off the roads (especially if you’ve grabbed some beer), head up to Seeley or, well, or go to sleep early after the race.

If the American model is right, there may be three feet of snow on the Birkie Trail in the next two weeks, so the Fat Bike race will be in plenty good shape and there may be skiing until April. 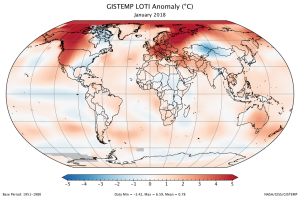 New snow the week before, with hard base below.

34 for an afternoon high.

Super-fast conditions, super-fun skiing, and 35˚ and sunny on the lake in the afternoon to cheer in the later waves and drink a pint of beer.

This is the kind of post I like to write: it’s going to be a good Birkie.

PSA: The Birkie Trail is closed starting Tuesday morning. Please don’t ski on it. We have some suggestions on where to ski here.

We’re five days away. The weather models can change, but at this time frame, they don’t change too much. Last year at this time we were prognosticating a 50% chance of cancellation. This year? It’s basically 0. The Birkie will happen. Almost definitely on a full course, with perfect conditions, and a Main Street finish. Hallelujah.

The details, of course, are important. The trail has enough snow on it right now to survive a bit of above-freezing weather, but that doesn’t look to be in the cards. It’s snowing right now—not a foot as some models had shown, but an inch here and an inch there—and then seasonable, normal weather through Birkie. Lows around and highs around 20 Tuesday, Wednesday and Thursday to let the snow set up (stay off the trail please as it does). Maybe a tiny bit of sleet tomorrow to put a little moisture in the snow, but most of the snow falling right around 20˚. And then on Friday, just before the Korteloppet, an inch, maybe two, to freshen things up.

Which brings us to the big events.

The Korteloppet looks to start with temperatures in the 20s and lingering light snow. It may be cloudy, but the sun may make an appearance during the race, pushing the temperatures towards freezing. The snow should stay powdery, although some south-facing downhills (I’m thinking of 34k, for example) may get a bit slushy, especially for later waves.

The Birkebeiner is a bit more interesting. It looks to be clear and calm on Friday night and with some fresh snow cover, the temperature should plummet. One model has it bottoming out around 0˚ on Friday night, the others in the single digits. This should let the groomers pack down the new snow, and repack the Korteloppet tracks, and let the snow set up well. Still a day for your soft skis, I think, but not a 2014-style sufferfest. Temperatures during the day on Saturday will rebound quickly, however, as there is warm air aloft, with temperatures making a run at freezing. Sky cover will likely be at least party cloudy (and may be overcast) and surface winds should be light. With some snow lingering in the trees, it should be a postcard-worthy race.

Main Street after the race should be comfortable. There’s a decent chance that, for the first time since 2010, it will be 35˚ and sunny, which makes walking around town and down on the lake with a New Glarus all the more wonderful.

It’s 8 weeks to the Boston Marathon, and 1 week to the “Boston Marathon of Cross Country Skiing”. Is anyone (besides me) doing both? If so, want to join me on a podcast to talk about how you make the switch from skiing to running for the short interval between the two races? Email me: ari.ofsevit at gmail.

In the past couple of years I’ve participated in three of the top-15 (or so) marathon-length races in the country: the Boston and Chicago marathons and the Birkie. (Yes, if the 2016 Birkie was a footrace, it would be the 13th largest marathon-or-longer race in the country, between the Portland and San Francisco marathons.) When I run Boston, they charge me $180. Chicago: $195. New York is close to $300. Even smaller races like Grandma’s and the Twin Cities marathon have entry fees well over $100. The Birkie is comparatively cheap, at just $115.

And remember, all of those races don’t have to maintain their course: that’s done by the local highway department. Some are loop courses (Chicago, for instance) and don’t have buses to and from the start. They have to close down more roads, but they don’t have to mow or groom them. Or put down a fresh layer of asphalt on the finish.

I found an article about the Birkie from 1989 in the New York Times. Back then, race registration was $60, only half of what it is today, except that’s not adjusted for inflation. When you make the adjustment, it turns out the Birkie is cheaper now than it was back then: the $60 race fee in 1989 is equivalent to $122 today. It’s not cheap to run the second-largest bus system in the state, or groom nearly 100 kilometers of trails, or snow in a main street, but the Birkie makes it happen without breaking the bank. See you on the trails!

We’re 10 days out from the Birkie now which means … we have three models worth of out output—8 model runs per day!—to obsess over.

But there’s not that much to obsess over since they’re agreeing pretty well on the following:

Snow next week. Sunday-Tuesday. Not a huge blizzard, but several inches, from 4 to 6 inches on the Euro, 6 to 8 inches on the GFS and 16-24 inches on the Canadian. Uh, that would be a blizzard. But that’s the outlier. Still, expect some fresh snow.

Cold after the snow. Not frigid, but not above freezing. The models have highs in the teens and lows around zero next week, so the snow should set up well.

Milder for race day. But not above freezing. The models have Friday and Saturday both with lows between 0 and 10 and highs in the 20s. One puts it to freezing by Saturday afternoon after a cold morning. Perfect weather, if you ask me!

So get started selecting your skis (probably a soft pair with a cold grind), waxing and obsessing over everything, weather included.

And get that fever!